A high stakes frame job. International intrigue. Will this upstanding advocate for the underdog find himself six feet under?

Human rights lawyer Scott Mitchell’s idealism is in tatters. Already disillusioned by run-ins with corrupt agencies, he’s framed for laundering $250 million for the Chechen mafia. But when MI6 offers to fix everything in exchange for spying on a Russian oligarch, his strong moral compass forces him to refuse the dirty deal.

Fired from his lucrative job and vilified on social media, Mitchell heads to Budapest in search of clues to clear his name. But when he uncovers a treacherous web of lies which takes him to Moscow, he becomes trapped in a power play that could cost him his life.

Can Mitchell extract himself from a tightening noose before he’s strung up for good?

Dancing With Shadows is the riveting second book in The Puppet Meisters political conspiracy trilogy. If you like desperate heroes, byzantine conspiracies, and breathtaking twists and turns, then you’ll love Adrian Churchward’s roller coaster thrill-ride.

Buy Dancing With Shadows to shine a light on a double-crossing government today! 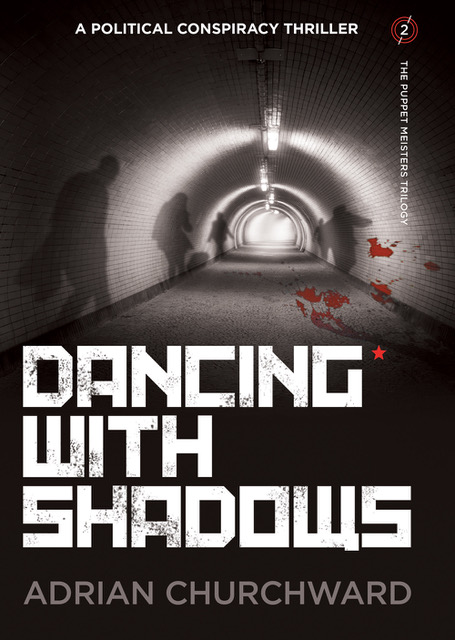 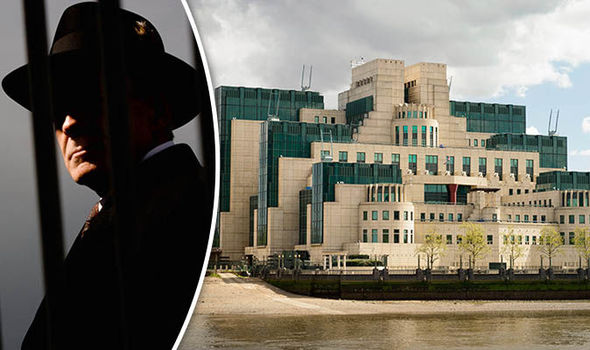 ‘If you don’t cooperate with us,’ the MI6 man said. ‘You’re gonna get a visit from the heavy brigade in three days and a hell of a lot more cyber shit. Do you get me?’

‘What do you mean? Scott leant into the man.

‘… I’ll get every bent hack in the galaxy to blog about your abuse of children, with images of you doing it. None of it’ll be traceable back to me or HMG. My sources will be so well protected that Edward Snowden will award the Nobel Prize for IT to the anonymous author. It’ll take you the rest of your miserable life and every penny you’ve got to clear your name, and you won’t succeed. There’s no smoke without fire. Mud sticks. The rumours will be self-fulfilling prophesies. You’ll wish you were dead.’

An explosion erupted in Scott’s brain. He sprang at Fraser across the table, yanked him up by his jacket lapels and head-butted him so hard that he heard the man’s nose break. The spook collapsed in a heap on the floor. Scott rushed round the table and stood over him. ‘You so much as come within a million miles of me again Fraser, and I’ll fucking kill you! So help me God I will.’

He stamped on Fraser’s head, twice, and left the restaurant, visibly shaking.

He was losing control.

As he crossed the Embankment towards Westminster Station he felt a sharp pain in his right leg and was hurled into the air. He landed in the middle of the road, feeling dazed and battered down his right side. A crowd gathered and a mêlée of voices enveloped him.

He sensed somebody crouching by his side.

He turned to face the person, an elderly woman.

She smiled at him and whispered in his ear. ‘Tut, tut . . . you really should learn to

watch where you’re going, Mr Mitchell. It can be dangerous on the streets . . . very dangerous.’

He tried to raise his head.

The woman disappeared into the crowd.

*5 star Amazon review* Dancing With Shadows Teriffic! I didn't realise that a thriller could deliver a cardio workout! This is a towering tale of intrigue and duplicity.

Toni Leanne
*5 star Amazon review* Dancing With Shadows Exciting and complicated story with a great twist at the end. Is Scott Mitchell invincible?